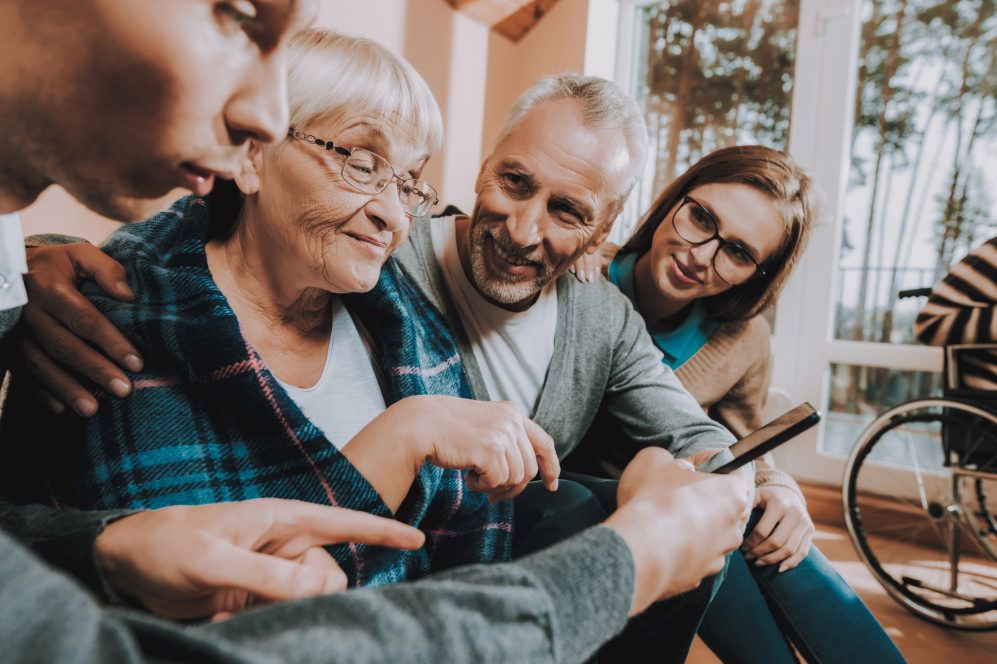 In Canada, more than 560,000 people live with Alzheimer’s disease and other types of dementia, and 25,000 more cases are diagnosed yearly. The year 2019 brought several new developments in dementia research and therapies. To help you stay informed, we’ve rounded up news stories from the past year that you may have missed.

In 2019, Canada’s first dementia village – a private-care facility designed for people living with Alzheimer’s disease and other cognitive disorders – opened in Langley, British Columbia. The Village is built on an enclosed five-acre lot, and it provides safety, comfort and stimulation in a community-like setting with small homes. Its creation was inspired by the world’s first dementia village, de Hogeweyk, in the Netherlands, as well as by the Green House Project in the United States. Learn more about The Village.

Research from the University of Cambridge suggests that virtual reality (VR) technology can identify early Alzheimer’s disease more accurately than cognitive tests currently in use. The study, published in the May 2019 issue of the journal Brain, gave test subjects a VR navigation test. Participants with mild cognitive impairment (MCI) performed worse than healthy control subjects. Interestingly, among those with MCI, the test could differentiate between people at lower and higher risk of developing dementia – more so than today’s “gold standard” tests.

“These results suggest a VR test of navigation may be better at identifying early Alzheimer’s disease than tests we use at present in clinic and in research studies,” said lead researcher Dr. Dennis Chan in a press release.

Robopets are beneficial for people with dementia

In April, NBC News reported that studies have linked spending time with robotic pets, or “robopets,” with lower levels of depression and agitation in people living with dementia. Models of robopets include cats, dogs and even baby seals. Many of the devices are prohibitively expensive, but lower-priced models are coming onto the market.

There is a growing body of scientific research that has shown a connection between exercise and a lower risk of dementia. In November 2019, a new study – published in the medical journal The Lancet Public Health – offered further insight into this topic.

Conducted in Trondheim, Norway, the study looked at whether cardiorespiratory fitness protects brain health. Researchers looked at health records for more than 30,000 people – collected for a large-scale health study that began in the 1980s – and checked which individuals later developed dementia. “People who were fit throughout the study period proved to be almost 50 percent less likely to develop dementia than the least-fit men and women,” reported the New York Times. Another interesting finding: people who didn’t become fit until middle age also had a reduced risk of developing dementia.

In November 2019, former tech mogul Bill Gates announced a US$10 million donation to Part the Cloud, a global research grant program from the Alzheimer’s Association. “Part the Cloud awards are specifically designed to accelerate translation of findings from the laboratory, through trials, into possible therapies — filling the gap in Alzheimer’s drug development by providing essential support for early-phase clinical studies,” says a press release from the Alzheimer’s Association. The program had already awarded US$30 million in grants to 39 state-of-the-art research projects.

Also in 2019, Gates teamed up with Amazon boss Jeff Bezos to donate over US$20 million to the Diagnostics Accelerator, a project from the Alzheimer’s Drug Discovery Foundation. Gates also wrote about Alzheimer’s research on his blog, GatesNotes.

In case you missed it…

In 2019, we featured dementia-related posts on our blog, including:

Bayshore Home Health offers a wide range of home care services, including dementia care, to help Canadians live independently for as long as possible. Contact us at 1-877-289-3997 for details.