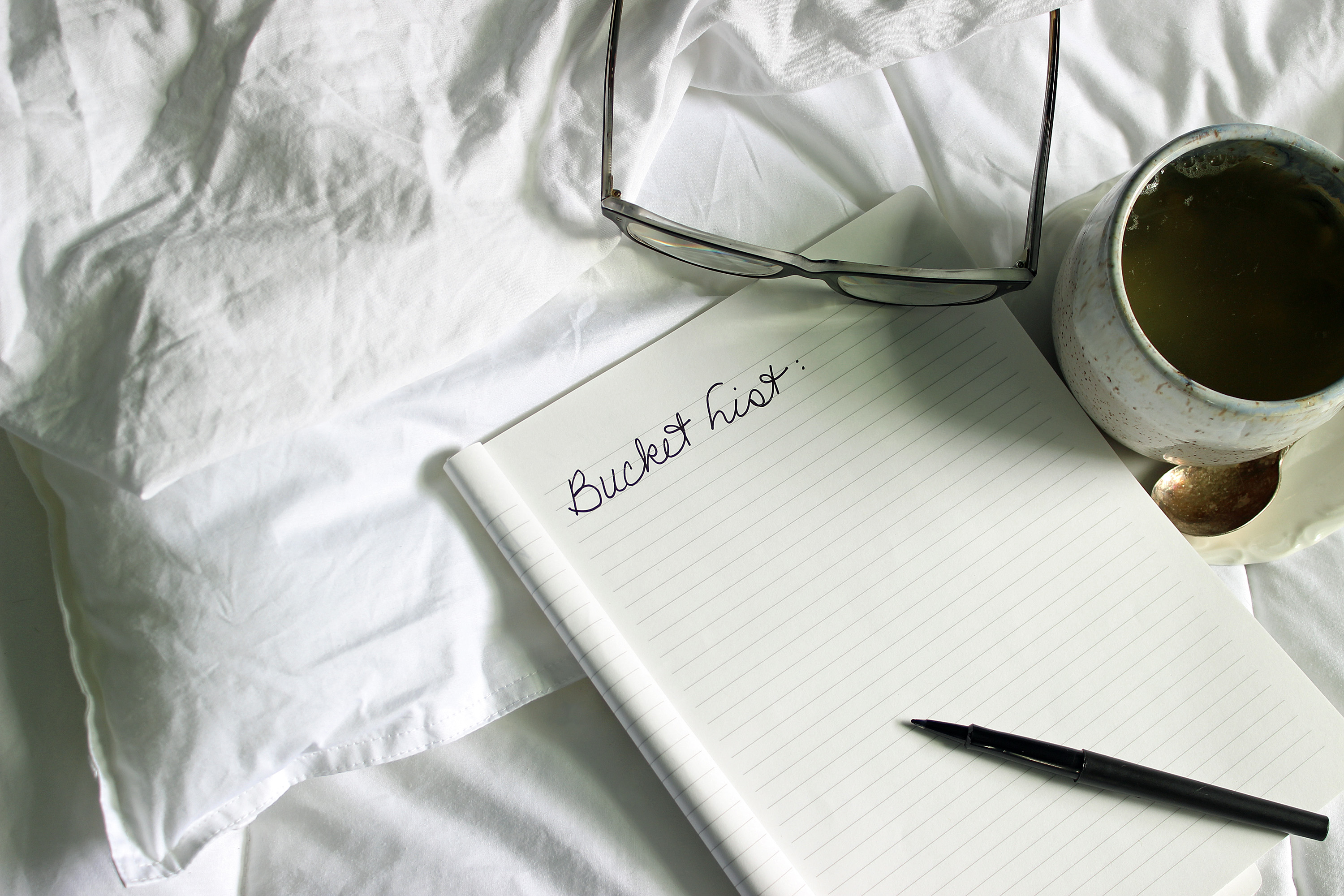 In case you’re not familiar with the term, a “bucket list” is a list of things you want to see and do before you…well, kick the bucket. (And for those who haven’t heard “kick the bucket” before, it likely comes from the days of public hangings, when a bucket was kicked out from under some poor soul’s feet.)

Nearly 60% of Canadians have or plan to make a bucket list, according to a recent survey by Intercontinental Hotels Group. Another survey, conducted by Environics Research for TD Insurance, found that seven out of 10 baby boomers have a travel bucket list. Anyone who needs inspiration will find plenty of resources, such as The Great Canadian Bucket List, a popular website and book.

Many people are familiar with bucket lists because of the 2007 comedy film The Bucket List, starring Jack Nicholson and Morgan Freeman as strangers who decide to tackle their to-do lists together. They embark on an epic road trip, and by the end of the movie, they’ve driven race cars, climbed pyramids, gone on safari and jumped out of an airplane.

Your own bucket list might not go to such extremes, but there’s something to be said for pursuing ambitious goals. A bucket list can inspire, excite and motivate. It can remind us of our dreams and priorities, as well as give us something to look forward to.

A bucket list is also a very personal thing. An activity that gives you joy might fill someone else with dread. Coming up with a lifetime to-do list can be a lot of fun. Perhaps you’ll even discover something new about yourself in the process.

Are bucket lists a bad idea?

Critics have questioned whether bucket lists do more harm than good. What’s the point, they ask, if the items on the list are unaffordable, unachievable or unrealistic? Some argue that bucket lists are purely for vanity – they’re little more than checklists to impress people at dinner parties or on social media. Still others say that bucket lists are for the dying, and we would do well to focus on living instead (although, arguably, that’s what a bucket list is really about).

Not all bucket-list items are extravagant or expensive. Your goals could be modest, such as reconnecting with old friends or picking up a new hobby. Research has shown that people who put their goals in writing accomplish more than people who don’t. Making a list can be a powerful motivator – for example, by compelling people to save money for a trip, or to get in better shape for a physically demanding adventure. Some research has found that setting goals can also be life-affirming and give hope to people who are seriously ill.

There’s no harm in creating a bucket list. Take it as an opportunity to dream big and go beyond your comfort zone. Do the things that are within your abilities and your budget.

Just be careful not to spend all your time trying to check things off the list, experts caution. “Saving up the money, planning it with friends, and then the moment as well. I’m all for that,” psychologist Linda Blair told The Guardian in an article published in 2012. “But if you’re constantly living in the future, ignoring what’s going on right now because you’re shooting for goals … you’re not really living.”