Dementia and the power of music 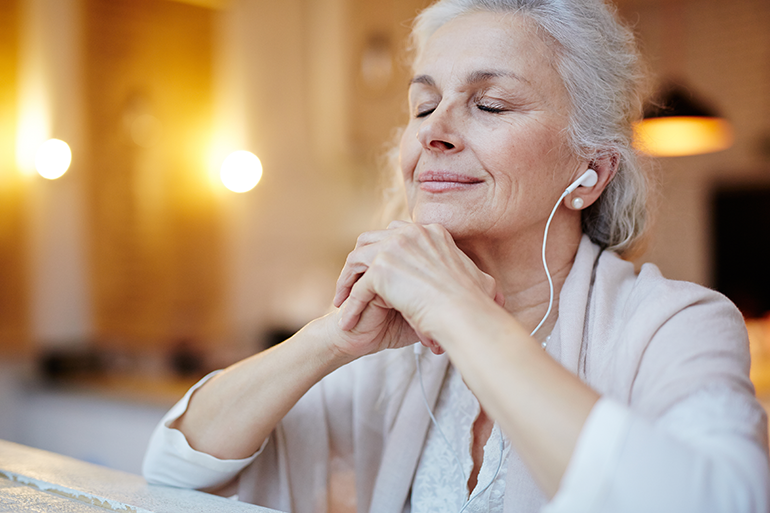 Researchers have long explored how music affects the mind. For example, can listening to music boost academic performance, alleviate depression or help kids become better learners? Several studies have shown that music can influence our ability to think, learn and remember – and even connect with the people around us.

One fascinating area of research is how people with Alzheimer’s disease and other types of dementia can benefit from music. This question is especially compelling in the face of sombre statistics: the Alzheimer Society of Canada reports that 564,000 Canadians live with dementia; 15 years from now, that number is expected to surpass 930,000.

Alzheimer’s disease and other types of dementia can cause memory problems that affect day-to-day activities, difficulties with language, changes in mood and behaviour, disorientation in time and place, and other effects. As dementia progresses, cognitive and functional abilities continue to decline, and eventually the person loses the ability to communicate verbally. There is not yet a cure for Alzheimer’s disease or several other kinds of dementia, but you can take steps to reduce your risk.

Music and the brain

The effects of dementia are devastating to individuals and their families. Researchers are keen to find ways to ease its symptoms and restore abilities and memory. A few studies on music and dementia have shown promising findings, including:

The power of a playlist

In 2014, the documentary Alive Inside drew worldwide attention to Music & Memory, a non-profit organization that brings music to people with cognitive and physical challenges in hundreds of nursing homes and other care facilities in Canada and other countries. In the poignant film, people with dementia become animated and lucid when given iPods loaded with personalized music from their younger days. (Watch the video of one resident, Henry, that went viral before the film’s release.)

Alive Inside explores music’s potential to revitalize people with dementia by evoking emotions and memories. The film also shows how music can help people reconnect and socialize with others. In care facilities that have adopted the Music & Memory program, participants are happier and more social; relationships among participants, families and staff members deepen; and there are fewer behavioural issues.

“The Power of Music” video from the Alzheimer Society of Canada