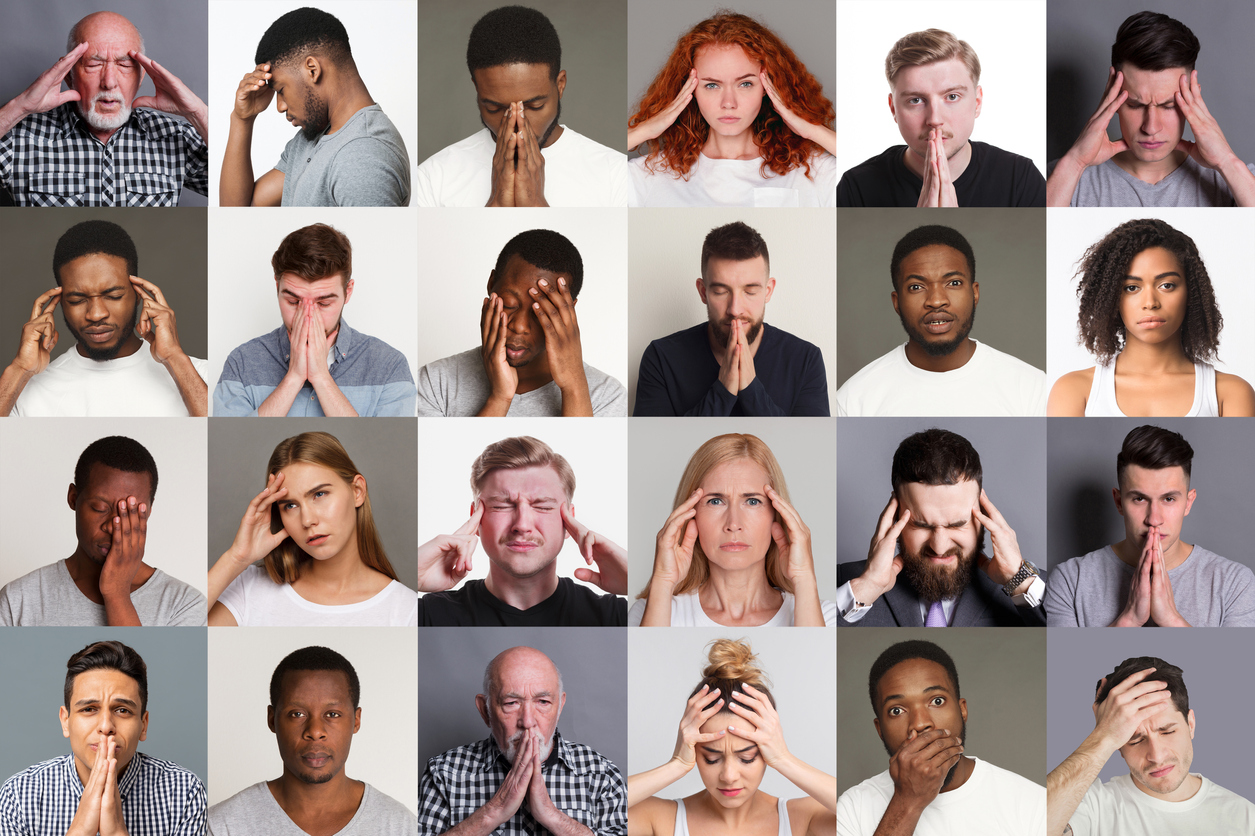 A few weeks ago, an article from The New York Times captured a great deal of attention. Its writer, Adam Grant, wanted to identify the “blah” feeling that persistently weighed on him, his friends and his family members. “It wasn’t burnout — we still had energy. It wasn’t depression — we didn’t feel hopeless,” Grant wrote. “We just felt somewhat joyless and aimless. It turns out there’s a name for that: languishing.”

On the spectrum of mental health, languishing falls between flourishing (optimal well-being) and depression, explains Grant, who is a psychologist and a professor at the University of Pennsylvania’s Wharton School. People who are languishing don’t have symptoms of mental illness, but neither are they “the picture of mental health,” he said. They have trouble focusing. They feel unmotivated. Their mental state slowly erodes, and they might not even realize it.

Languishing may not be a mental health crisis, but it could be a precursor to future symptoms. Corey L. M. Keyes, a sociologist at Emory University, coined the term “languishing” in 2002. In a study published in the American Journal of Public Health eight years later, he and two other researchers found that people who are presently languishing are the ones most likely to suffer from depression or anxiety in the next 10 years. More recently, a study conducted in Lombardy, Italy – one of the regions hardest-hit by COVID-19 – found that pandemic health-care workers who were languishing in the spring of 2020 were three times more likely to receive a diagnosis of post-traumatic stress disorder than peers who were flourishing or had moderate mental health.

In response to Grant’s New York Times article, author Austin Kleon posted on his blog, “I’m not languishing, I’m dormant. Like a plant. Or a volcano. I am waiting to be activated.” Kleon says that people feel like they’re languishing because they’re “trying to flourish in terrible conditions.” He’s not wrong – the pandemic has presented some of the worst conditions many of us have ever experienced. The ongoing uncertainty, stress and isolation have taken, and continue to take, their toll. It’s no wonder we’re floundering rather than flourishing. Kleon likened himself to a dormant plant. It’s an apt comparison – left to themselves, plants germinate only when the conditions are right.

So, how can we improve our conditions and find our way out of the fog? Grant suggests a few remedies. Naming the emotions we’re feeling can help us start to manage them, he says, whether it’s languishing or sadness or grief (itself the subject of a much-shared Harvard Business Review article and a more recent New York Times article). Acknowledging how you’re feeling when talking to others, rather than automatically saying you’re fine, can serve as “a refreshing foil for toxic positivity,” Grant says. The person you’re talking to may also be struggling, and it could help both of you to know you’re not alone.

More ways to reclaim a little joy and serenity in daily life:

Find ways to “flow”: Flow means getting so absorbed in an activity or challenge that you lose track of time and self – and it may be an antidote to languishing, says Grant. Another term for flow is being “in the zone,” and you might experience it while immersed in a favourite hobby or compelling project. Learn more about this concept in our article about the science of happiness.

Work uninterrupted: Reserving blocks of time to work on your own can improve your productivity and give you a sense of progress, says Grant, adding, “We can find solace in experiences that capture our full attention.” Protect those blocks of time by removing distractions and letting others know you’re not available. You may find that achieving small goals gives you a mental boost and extra motivation.

Practise mindfulness: Being mindful means being present in the moment and paying attention to your thoughts, feelings, behaviours and physical sensations. In a time of great uncertainty and upheaval, focusing on what’s happening – rather than ruminating on the past or worrying about the future – can help ease negative states of mind and help you feel more balanced. Learn more about practising mindfulness.

Connect with others: We have discussed the harmful effects of social isolation, and the importance of staying in touch during the pandemic, but it’s a message worth repeating. Humans are social creatures, and prolonged separation can be detrimental to our physical and mental health. Today, make it a point to call or email a friend or family member you haven’t talked to in a while.

Get active: Exercise is excellent for your body, mind and soul, and it’s a key part of self-care. Even a walk around the block can boost your mood. Spending time outdoors helps relieve stress. Yoga develops mental and physical well-being. Strength training helps prevent muscle loss.

What has brought you joy and motivation over the past year?